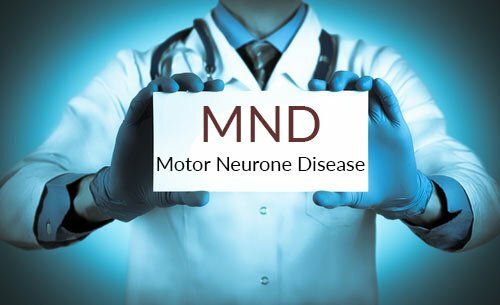 Yes, in today’s medical advancement, stem cells therapy is emerging as a potential approach for treatment of Motor Neuron Disease (MND) patients. MND also known as a myotrophic lateral sclerosis (ALS) is neurodegenerative disease which results in muscle stiffness causing problem with speaking, swallowing and breathing. Earlier there was no effective treatment available though certain medications have shown to increase the life span of patient by lessening these symptoms. Drug called rilutor is widely used currently with assistive devices like supports or braces, orthotics, speech synthesizers and wheelchairs to help them in letting go of their dependency.

In 2012 Medical news today reported that an international team of researchers led by the UK’s University of Edinburgh and King’s College London, and Columbia University in New York, has for the first time made living human motor neurons that feature key properties of MND/ALS. They made the diseased nerve cells using stem cells derived from adult skin. This research was breakthrough in use of stem cell for MND treatment. Journal Cell reports have also published research that suggests powerful treatment method based on stem cells.

Different types of human stem cells offer different types of possibilities for research and therapies. Major challenge in any transplanted stem cells, however healthy, may simply degenerate once exposed to same condition.  An alternative potential use for human stem cells in MND might be to transplant cells that can support the survival and function of remaining motor neurons and/or modify the environment to which they are exposed.  In this way, scientists are hoping to protect motor pathways from further damage and extend their survival, which will in turn slow the clinical progression of MND. Also the Mesenchymal stem cells from patients own bone marrow can be modified to boost their production of neurotrophic factors that are known to help and protect neurons that are destroyed in MND resulting in improvement in movement and speaking ability of patients.