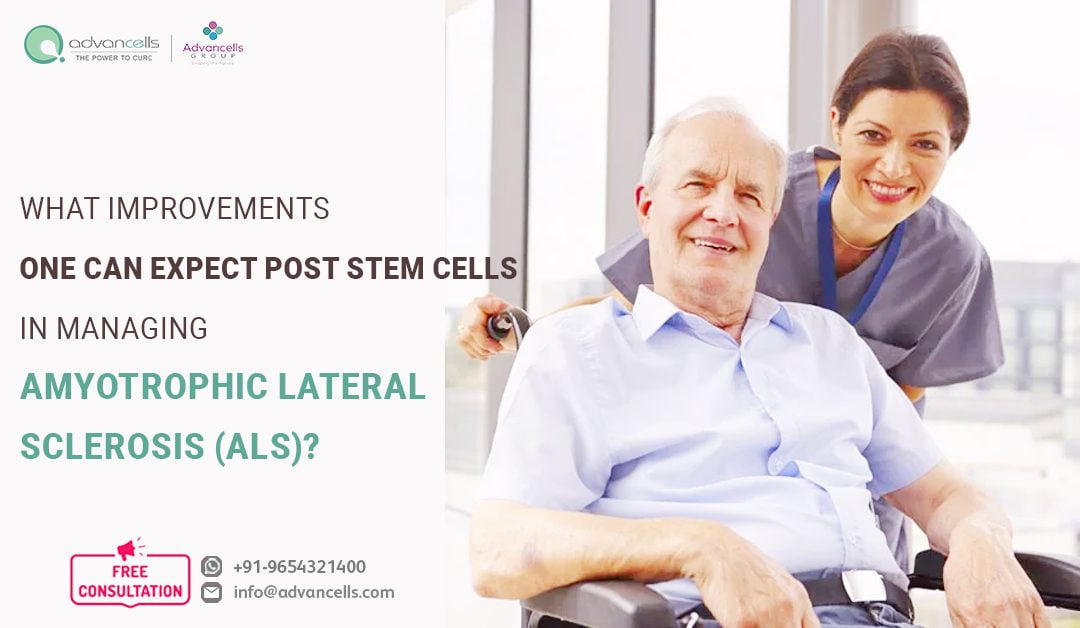 Motor Neuron Disease (MND) is a group of neurodegenerative conditions that lead to the loss of function of spinal and brain nerves, over time. Motor neurons send electrical output signals to the muscles, and therefore damage to these nerves affect the muscles’ ability to function. The most common type of MND is Amyotrophic Lateral Sclerosis (ALS) and it probably affects up to 30,000 Americans at any given time, according to the ALS Association. Two celebrities who have shown the world how to succeed with ALS are: Stephen Hawking and Jason Becker. This is a rare yet severe form of progressive disease with no promising conventional treatments for cure and therefore alternative stem cell therapy for MND are being popularly hinted at. Let us have a look at suggested and in-practice therapeutic options for Motor Neuron Disease (MND) or Amyotrophic Lateral Sclerosis (ALS).

Medication for MND or ALS neurodegeneration

Riluzole is the only drug that has been popular among doctors for survival benefit in case of people suffering from ALS or MND. The mechanism of Riluzole is to slow down the progressive motor neuron damage by reducing their sensitivity to glutamate. In clinical research, Riluzole has reported better survival in some MND or ALS patients by two to three months on average, but this will vary from person to person. The side effects of Riluzole can be termed as nausea, fatigue, and deregulated heart-beat, in some cases. In some cases, Riluzole has been also known to cause liver damage and therefore liver tests are important to be aware of any such complications. In case the patient already has some liver problems, this drug is not prescribed by medical professionals. 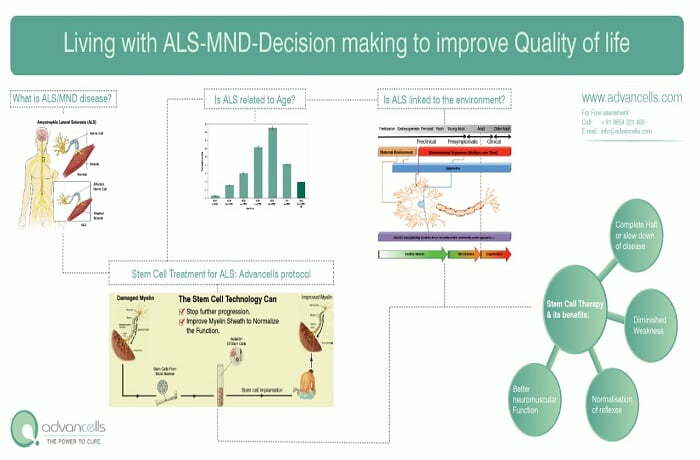 Many symptoms of Motor Neuron Disease (MND) have been treated with specific medication to fuel good quality of life. Muscle cramps can be helped by Quinine but side effects of hearing and vision problems often pose a major hindrance. In case of muscle stiffness or spasticity, Baclofen can help to relax the muscles but side effects of fatigue persist. In MND or ALS patients, drooling of saliva can be treated with hyoscine hydrobromide skin patch, while alternatively, atropine eye drops on the tongue or glycopyrrolate can also be used to control drooling.

MND or ALS is not always painful but in case of pain, doctors often suggest non-steroidal anti-inflammatory drugs (NSAIDs), such as ibuprofen for mild or moderate pain. In some cases, Gabapentin is used for treating pain, though used originally for epilepsy.

Rehabilitation Treatment for MND or ALS

MND or ALS patients with speech or communication problems might be recommended to good speech and language therapists. During the disease progression phase, assistive technology might also be needed as suggested by the therapists. Some patients also have swallowing difficulties which can be tackled using a percutaneous endoscopic gastrostomy (PEG) tube for feeding. Patients with respiratory problems are referred to a respiratory specialist or a palliative care specialist. Some patients with respiratory issues are given non-invasive mechanical ventilation (NIV) to support breathing, usually when asleep. Neurologists often go for neurorehabilitation and physiotherapy to improve cognition & structure, and many cases of improvements have been observed with neurorehabilitation for MND or ALS patients. With the advent of stem cells and other alternative therapeutics, neuro-regenerative rehabilitation therapy (NRRT) is slowly gaining popularity among doctors and caregivers of ALS and MND. NRRT is the combination of stem cell therapy followed by Rehabilitation which generally includes Physiotherapy, Occupational Therapy, Aquatic Therapy, Applied Behavioral Analysis and Speech Therapy.

Stem cell therapy for MND or ALS aims to regenerate new motor neurons using bone marrow-derived stem cells (BMSCs), bone marrow-derived mononuclear cells (BMMNCs), and adipose-derived mesenchymal stem cells (ADMSCs), owing to their potential of self-proliferation and differentiation into other cell types, which may help in damage reversal or reduce the disease progression rate for patients with ALS or MND. Stem cells can differentiate into nerve cells to regenerate and rejuvenate the damaged tissues besides promoting immunomodulatory effects. Stem cell therapy along with regenerative rehabilitation therapies promote a better living by improving posture, stability, cognition, and motor control. Many patients have observed improved outcomes in health with stem cell therapy and in future, regenerative therapies will be the gold standard for MND or ALS treatment.

In case you are looking for quick medical consultation regarding stem cell therapy for MND or ALS, contact info@advancells.com to get your free consultation today!