Possible Connection between Autism and Diabetes: Turn the Tide towards Prevention 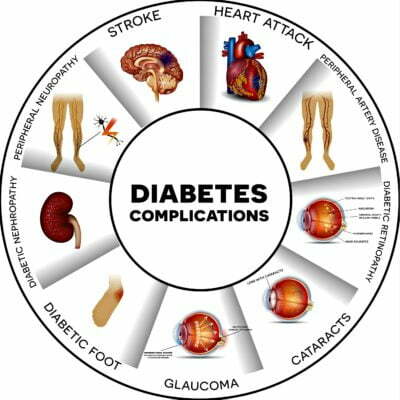 In the past decades, there have been much speculations about the dire consequences associated with the adoption of on-the-go life style and their indirect attribution towards fueling the growing burden of chronic diseases, including autism. While upgrading their disease profile, it has been studied that diseases like diabetes and autism share a relatively high degree of connectivity in behavioral issues with similar physiological profile of metabolic and inflammatory dysregulations.

Conversely, while the prevalence of diabetes has crossed the alarming limit; a study has related it to another scary statistic of 1 in 88 children, confirmed to be autistic each year. A study further analyzed that the intrauterine exposure of fetus to the mother, with gestational diabetes can increase the risk of autism spectrum disorder in the child; apparently, children with autism are about thrice more likely to be affected with diabetes in the later stage of their life.

It would thus be a need of an hour to highlight a comparative relation between autism and diabetes and to identify effective therapeutic interventions for these young victims to turn the tide towards prevention.

In case, if anyone is not familiar with both these indications; autism is a wide spectrum of different types of neurological disorders in children, associated with behavioral issues, communication issues, and problems in their sensory activities. Whereas diabetes is a metabolic disorder, mainly associated with obesity.

Notably, above 45% of the children with ASD have above average intelligence, yet more than 25% of them are found to be completely nonverbal with critical social quotient. A data further confirms that about 32 percent of these children are overweight and 16 percent are categorized as obese; when compared with normal children, developing typically. Moreover, scientists have confirmed genetic risk factors for autism that have direct connection with weight issues. Another such study from Taiwan estimated that 1.6 % of autistic children were found to have developed diabetes, when compared to only 0.4% controls; while justifying these figures, they have attributed obesity in autistic individuals, as the major risk factor associated with diabetes.

As per the recent scientific revelations, women with gestational diabetes are known to be at a greater risk of having children with autism, who further are predisposed to diabetes, concerning the similarities between the genetic make-up of both the chronic diseases. Although, conventional medicine doesn’t have any clue so far, as to how effectively both these conditions can be managed; but the science of regenerative medicine has unlocked the mystery of finding potential cure at the cellular levels.

Stem cells are the basic cells, helping in building the cellular strength of humans; through their unlimited differentiation and multiplication potential. Number of investigative therapies have been put forth through decades of experimentation and clinical studies, and have confirmed the anti-inflammatory, regenerative potential of stem cells in curing neurodegenerative as well as autoimmune disorders, like autism and diabetes. These clinical studies have further concluded that stem cells can effectively alter behavioral outcomes, through reshaping brain patterns of autistic children; which can in turn be helpful in controlling their picky eating habits and weight.

Thus, these alternative novel therapies have so far proven to be very close to their clinical applications, to bear on disorders like autism and diabetes; which are without existing cure.

Autism related problem contact us for free consultation at info@advancells.com or call us at +91-9654321400
Don’t miss this Free Webinar “Identifying Early Red Flags of Autism Spectrum Disorder (ASD)” session on 16th May 2018. Register yourself.