The Science Of Regenerative Medicine: Unleashed

With a deeper understanding of biology underlying ALS; we are accelerating curative therapies.

Our treatment protocols are tailored for each and every person.

Statistical analysis on data obtained from preclinical as well as clinical studies is supporting the therapeutic use of the most potent stem cells to promote cellular regeneration through anti-inflammatory actions. With more refinement in technologies on a day to day basis, Advancells has adopted a combinational approach by providing stem cells and exosome complexes to stimulate resident stem cells, reduce inflammation, and promote immediate repairing actions against progressively dysfunctional neurons.

With years of expertise, Advancells has come up with an exclusive stem cell treatment protocol to manage fatal, progressive degenerative diseases like Motor Neuron Disease. We have developed different types of stem cells suitable for different applications. With each dose of stem cells, we are providing exosomes therapy. Recent scientific research has revealed that the healing power of stem cells is enhanced in a true sense with the help of exosomes. They are a group of paracrine factors secreted by mesenchymal stem cells; which act as messengers between the cells to promote faster tissue repair and healing through anti-inflammation.

At Advancells, we endeavor to improve the health and well-being of those we serve with a commitment to scientific excellence, advanced technical support, and a competent quality management system.

The procedure of MND Treatment with Stem Cell Therapy

Re-infusion
ALS THERAPY
STEM CELLS PROCEDURE
RESULTS
ALS, the fatal neurodegenerative condition can strike at any age; however, data collected so far specifically emphasize 55 to 75 years as the average age of diagnosis. Studies have confirmed that depending upon the type of motor neurons affected, the motor neuron disease can further be classified as

Twitching in arms, shoulders, and tongue
This is the most common form of Motor Neuron Disease, named after the baseball player Mr. Lou Gehrig; who was by far the most famous person of his time to develop MND.

Difficulty in chewing and/or swallowing

Frequent episodes of shortness of breath

Fasciculation
This is another form of motor neuron disease, mainly affecting lower motor neurons responsible for chewing, swallowing, etc. The course of illness and the fatal prognosis is similar to that of Amyotrophic Lateral Sclerosis.

Weakness in the face, arms, and legs

Difficulty in holding
Kennedy disease, also known as spinobulbar muscular dystrophy is a rare form of motor neuron disease, affecting only men; while females can be carriers. The symptomatic exhibition of Kennedy disease, unfortunately, starts at a very early stage; as early as 30 years of age.

Muscle weakness in fingers and hands

Drooling
Monomeric Amyotrophy, also known as Hirayama Disease or Juvenile muscular atrophy is another rare form of motor neuron disease affecting muscles of the upper extremities including the spinal cord. This form of MND is mostly reported in young males; between the age group of 14-25 years.
Motor Neuron Disease is an uncommon neurodegenerative condition, primarily affecting motor neurons involved in muscular movements. Studies have correlated different lifestyle-related, genetis as well as epigenetic factors to be responsible for its onset. Statistics have confirmed its prevalence in people in the age group of 60-70 years; however, a certain form of MND can affect humans of all age groups.

“Motor Neuron Disease, a group of neurodegenerative disorders is incurable with conventional medicine; but certainly manageable with the help of regenerative medicine. ”

Hyperbaric Oxygen TherapyIt provides a higher concentration of oxygen delivered in a chamber with higher atmospheric pressure. The condition initiates hypoxia in the brain to facilitate improved oxygenated blood flow towards the brain, hence indirectly improving the flow of stem cells towards the target.

Speech TherapyIt addresses challenges with language and communication. It helps children with autism to improve verbal, non-verbal and social communication. The goal is to help children improve communication skills in more functional ways.

Sensory IntegrationThe therapy is specifically designed to enhance processing skills of sensory information; such as textures, sounds, smell, taste, brightness etc. With the rationale of understanding how information is being processed in their brain, children are helped to make better sense of information that can be used in doing multiple tasks on a daily basis.

Dietary ModificationFor some children with autism, certain dietary changes have reportedly produced dramatic differences in the symptomatic exhibition and functional improvements. With good scientific investigation, experts believe that children with autism are to be evaluated for certain dietary modifications, either in combination or alone; in order to evaluate significant functional improvement in the brain.

Psychological InterventionsIt aims at shaping behavioural issues using classic and/or instrumental conditioning. It is designed with objectives to focus mainly on core deficits associated with mental issues or psychological challenges reported in the spectrum.

Research has emphasized that adult stem cell therapy is absolutely safe form of treatment; although a lot of clinical development and refinement are on the way. The outcome obtained from clinical studies is remarkably positive and motivating. With rigorous data analysis, we propose a reversal and multimodal treatment showing clinical improvements in ALS through stem cell therapy. 70% people have reported increased survival functions on an average with 87.76 months

With the help of our comprehensive environment and advanced technologies, we believe in building trust and transparency with our patients. So far, we have provided stem cell therapy for ALS/MND to a number of patients and their clinical improvements have been amazing. Check out some of our patient testimonials:

Motor Neuron Disease is an uncommon neurodegenerative condition, primarily affecting motor neurons involved in muscular movements. Studies have correlated different lifestyle-related, genetic as well as epigenetic factors to be responsible for its onset. Statistics have confirmed its prevalence in people in the age group of 60-70 years; however, a certain form of MND can affect humans of all age groups.

“Motor Neuron Disease, a group of neurodegenerative disorders is incurable with conventional medicine; but certainly manageable with the help of regenerative medicine.”

Research has emphasized that adult stem cell therapy is absolutely safe form of treatment; although a lot of clinical development and refinement are on the way. The outcome obtained from clinical studies is remarkably positive and motivating. With rigorous data analysis, we propose a reversal and multimodal treatment showing clinical improvements in ALS through stem cell therapy.

Improvement in clinical signs and symptoms

With the help of our comprehensive environment and advanced technologies, we believe in building trust and transparency with our patients. So far, we have provided stem cell therapy for ALS/MND to a number of patients and their clinical improvements have been amazing. Check out some of our patient testimonials:

Must Read Articles on ALS/MND 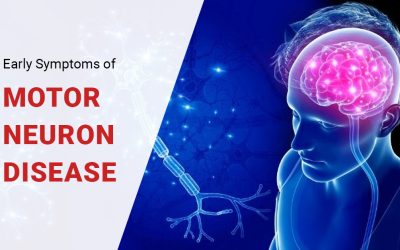 Motor Neuron Disease (MND) is a neurodegenerative disease that affects both the upper and lower motor neurons. Nerve cells are specialized cells that carry messages from one part of the body to another by transmitting electrical nerve impulses. Motor neuron...

Do You Know The Difference Between ALS and Other Motor Neuron Diseases?

Amyotrophic Lateral Sclerosis (ALS) is the most well-known and prevalent motor neuron disease (MND), however, it isn't the only one. ALS is related to a number of motor neuron diseases. So, what exactly is an MND? Motor Neuron Diseases are a type of neurological...

Motor Neuron Disease (MND) is a group of neurodegenerative conditions that lead to the loss of function of spinal and brain nerves, over time. Motor neurons send electrical output signals to the muscles, and therefore damage to these nerves affect the muscles’ ability...

What are the latest treatments for Motor Neuron Disorder? 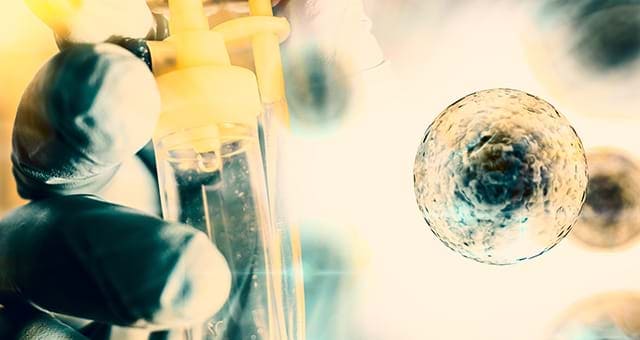 Data obtained from clinical and preclinical analysis abounds that the regenerative potential of stem cells holds great therapeutic potential for fatal diseases like Motor Neuron Disease. Scientists are working continuously to obtain substantial evidence to guide practice on the use of stem cells to treat ALS/MND; due to defined regulatory protocols. However, the safety and efficacy of mesenchymal stem cells obtained from various sources like Bone Marrow, Adipose Tissue, etc. have already been evaluated. The data further suggests that the appropriate source of cells, phenotypic determination, a dose of stem cells, and the mode of delivery of cells in the body are the key elements that decide the fate of stem cells and the clinical outcome of patients. Download
Accordingly, Advancells is implementing the best possible approach to prevent or minimize the neurological deficit in ALS/MND; and to prolong survival in this fatal condition. A detailed treatment plan including cost for stem cell therapy for multi-stage MND shall depend upon the clinical review of patient by expert neurologists.

Life expectancy depends upon several factors like age, family history, other co-morbidities, age of diagnosis, etc. On a general note, epidemiological studies have reported life expectancy of people suffering from Motor Neuron Disease is between 3 to 4 years, post-onset of ALS/MND. However, with the advent of alternative treatment possibilities, it is now possible to extend the survival limit with symptomatic relief in pain management, better bowel and bladder control, better control over mood swings, irritability, etc.

ALS/MND is broadly classified based on symptomatic severity, which should be noted as early stage, middle stage, and later stage of MND. In the early stage of the disease, a person can only experience muscle weakness, shortness of breath, slurry speech, clumsiness, etc. During the middle stage of symptomatic ALD/MND, a person will report difficulty in moving, joint pain, uncontrollable yawning, breathing difficulty, etc. While in the advanced stage a person needs supportive assistance in all important day-to-day tasks.

As a regulatory obligation, each individual has to be informed about the details of the procedure before enrolment; and the same is documented with the help of informed consent. Once the person shows interest in alternative treatment for ALS/MND, he is counseled by our neuro specialists on the panel to understand his medical history, current health status, and his future expectations from the treatment. Once a patient gets to agree to undergo treatment with this novel approach, he or has to undergo certain pre-procedural tests to assess his/her inclusion criteria for the treatment. Once he gets qualified he will be ready for the alternative treatment protocol for MND. We have mastered the technology, wherein we use customized cellular communication language to promote the production of new cells and reduce the aging of mature brain cells. A person is also advised of various supportive rehabilitation programs as mentioned herewith.

Our years of research and science as well as medical expertise have supported us to offer advanced technology that has reported good improvements in clinical studies. The statistical analysis conducted has shown a 70-80% improvement in the life expectancy of the patient, while 80-90% of the people have reported reduced severity of the symptomatic exhibition, post-treatment.