“Cerebral” indicates a part of the brain and “Palsy” refers to muscular weakness. Cerebral Palsy is a broad term comprising of several non-progressive “Chronic Palsies” that affect balance, movement, posture, intelligence quotient, and muscle tones. Although the symptomatic expression of Cerebral Palsy may start at any age, the cause of its occurrence is deeply rooted in a person’s embryonic period.
Previous data analysis have revealed some of the issues associated with fetal development that can lead to brain damage, such as bleeding in the brain, lack of oxygenated blood to brain, genetic conditions, viral infections, traumatic brain injuries during early life, etc.
Until recently, conventional medicine has declared cerebral palsy treatment to be “incurable”, with a well-established view that only rehabilitation including physiotherapy, speech therapy can help in substantially lowering difficulties associated with day to day life. However, Stem Cell Therapy being a modern version of medicine, can potentially target dead and/or damaged neurons and replace them with new functional neurons. Stem Cell Therapy for cerebral palsy provides better support, reduces inflammation and establishes cellular control, coordination as well as movement, which can further help to gain gradual control over lost movement, balance, posture, etc. Thus, the Stem Cell Therapy is not a temporary solution but a long-term goal to live in a healthy and better way.

Procedure of Treatment of Cerebral Palsy through Stem Cells Therapy

Reduced Blood or oxygen supply to the fetus

Inability to stand/walk without support

Must Read Articles on Cerebral Palsy

Cerebral palsy is a collective term for disorders resulting from perinatal brain injury. Cerebral palsy can also be caused by other factors like premature birth, uterus infection, lack of nutritional support and oxygen during development, and genetic aberrations. 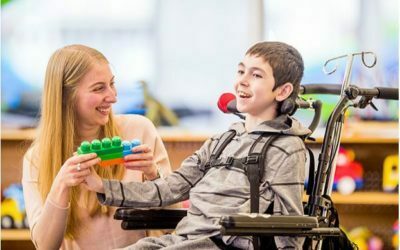 Cerebral palsy refers to a group of neuro developmental conditions associated with traumatic brain injuries. The injury can occur in the womb, during the birth of the baby, or in the first couple of years after birth. While therapy and adaptive equipment surround the...

How Effective Is Physiotherapy For Cerebral Palsy?

Cerebral Palsy (CP) is a complex neurological condition that causes movement disability in childhood, besides hampering balance and posture to some degree. A wide range of therapeutic interventions like neuromuscular stimulation, HBOT, and physiotherapy for cerebral...

Cerebral Palsy is an umbrella term for multiple brain disorders, resulting in the prenatal brain injuries and leading to multiple neuro-motor deficits, often accompanied by other visual and cognitive impairments. Although, conventional medicine fails to target the root cause of development, Stem Cell Therapy has shown great promise and heralds a potential revolution in medicine by offering new therapies that serve as a magic bullet to alleviate all clinical symptoms.
We agree that each individual is different and needs special treatment and care. In today’s era of personalized medicine, this prospective approach has been beneficial for 70-80% of the patients, who have undergone Stem Cell Therapy at Advancells.

Download the brochure to understand in depth knowledge about cerebral palsy.

Over the last decade, developmental neurobiology has advanced at a tremendous speed, largely through preclinical as well as clinical investigations. This has further confirmed the role of stem cells in regulation and managing the symptomatic expression. The meta-analysis of data available from all ongoing and completed clinical studies across the world have acknowledged that 70-80% patients suffering from different types of cerebral palsies have shown improvements with Stem Cell Therapy. The number is significant enough to mark it as a positive initiation towards eventually taming or, at the very least, bringing Palsies to the manageable levels.

Find out how the science of regenerative medicine and Stem Cell Therapy is improving the lives of those suffering with cerebral palsies.

The term congenital means present at birth. Between 90 to 95 percent of CP cases are congenital. Congenital CP includes those cases which were caused by oxygen deprivation during birth. Doctors used to believe that most cases of CP were caused by a lack of oxygen during a difficult labour and delivery, but it is now known that fewer than 10 percent of congenital cerebral palsy cases stem from asphyxia or other problems during birth. The majority of problems that cause CP occur during development in the womb. Brain trauma, infections, strokes, and other problems after birth can occasionally cause acquired CP. As the name implies, acquired CP means that the condition was acquired after birth.

Cerebral palsy cannot be cured. The brain damage or brain abnormalities from which it stems are irreversible. Fortunately, today much can be done to improve the quality of life for CP patients.

Undifferentiated adult autologous stem cells are mutable and can metamorph into countless number of cells as per the requirement. This remarkable property of stem cells can be exploited for treating a variety of diseases. These cells can be isolated from the most potent sources of our own body known as Adipose Tissue and Bone Marrow. Upon implanting back into the body, these cells can rapidly multiply with the great speed to restore damaged fibres, regenerate neuron as well can improve damaged function.

Please go through, our treatment brochures for other Cerebral Palsy related information.