Is Stem Cell Treatment The Next Big Cure For Cerebral Palsy? 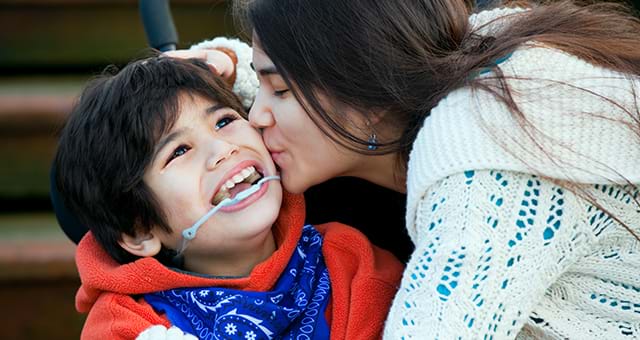 Cerebral Palsy is a group of disorders that affects the brain and nervous system. It is generally caused by a non-progressive neural malformation or brain damage that occurs generally during a child’s brain development, and majorly affects muscle movement, muscle tone, and body posture. Let’s know is stem cell treatment the next big cure for cerebral palsy?

Brain damage leading to cerebral palsy can happen before, during, or within the first year of birth, while the brain is still developing. Earlier, people used to think that cerebral palsy was mainly caused by oxygen deficiency during child birth. But with more research on the mechanisms of cerebral palsy, scientists have discovered more evident causes of these cases. The majority of palsy causes are congenital while others are acquired. Cerebral palsy can be due to genetic changes, maternal infections, disease infections, fetal stroke, or head injuries in childhood.

Due to a lack of a complete understanding of the cerebral palsy disease mechanism, there has not yet been a standardized cure for cerebral palsy. Conventional treatment methods include medicines; surgery; braces; and physical, occupational, and speech therapy. No individual treatment is the best option for a child with cerebral palsy but a combination of nerve medication and non-pharmacological therapies can help in improving the disorder condition with early intervention. But before fixing on a treatment plan, it is always advisable to consult and discuss with the child’s doctor to have a clear understanding of all the benefits and benefits.

Although a risk of tumor formation and ethical issues prevails in the case of iPSCs and ESCs, research with MSCs and HSCs has proven worthwhile and safe with respect to clinical research in cerebral palsy cases. Many approved clinical trials worldwide have used HSCs and MSCs for the treatment of cerebral palsy, and several of these have passed the initial phases of clinical trials, making them undoubtedly efficient. Several reports have shown significant improvements in cognitive and motor domains of the body when compared to the other conventional treatments.

Stem cell treatment has been a major significant factor in moving cerebral palsy from a state of ‘hopelessness’ to ‘near-to-cure’. But, despite the progress seen with clinical trials in recent years, there are some hurdles like ‘large-scale production strategies’ and ‘cost’, that need to be overcome to make stem cell treatment a widely accessible therapy.

Stem cell therapy holds a great promise in the case of cerebral palsy as healing of the brain regions take place due to the regenerative potential of alternative medicine, but the affected child should continue with the non-medical therapies for a holistic treatment approach. Although stem cell treatment has shown significant improvements in cerebral palsy patients, in terms of better movement, body balance, and gait, more research is going on for developing better homing strategies of the stem cells in the affected brain regions so that they can repair more effectively without any risk.