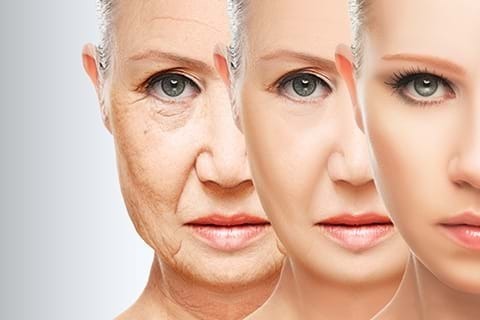 Getting old mentally may be considered a good thing as it adds wisdom and experience, but when it starts affecting our skin, a majority of us panic.

We leave no stone unturned to reverse time by either applying endless creams or going under the knife. Understanding the body’s and skin’s needs is crucial to keeping one’s skin young for long without falling back on temporary, unreliable and often damaging solutions.

Ageing can be regarded as a complex process that results in significant changes in a person’s body over a period of time. It occurs in fractions because the self-renewing capability of stem cells become less due to intrinsic events such as DNA damage, mitochondrial failure as well as extrinsic forces, such as changes in the overall physiology.

Understanding the miracle People tend to think that ageing is making their organs weak, but in reality, it is the body cells that are ageing, thus damaging the organs that aid the normal functioning of the body. Ageing hinders the degeneration process of the body and brings with itself a gradual deterioration of body cells leaving scars, spots, blemishes, and wrinkles all over the skin. In due course, the skin cells expire and with age, the human body loses the ability to swap the dead cells with new ones.

As time progresses, the stem cells start becoming weak and the healing process lowers its pace. However, the miraculous stem cell therapy makes way for a non- invasive treatment procedure of using the body’s own stem cells to trigger the growth of new cells once again. The therapy is potentially revolutionising the market for anti-ageing treatments, which is being billed as a ‘natural’ approach to reduce the signs of ageing as compared to chemically-infused treatments.

Bone marrow and body fat are the most potent stem cell reservoirs in our body that can be utilised to regenerate ageing cells. They are considered the richest sources of adult stem cells in the human body as they have incredible competence to not only split into more stem cells, but also to distinguish into specialised cells to restore dying or damaged tissues. In terms of anti-ageing procedures, they are valuable and carry the ability to self-renew and generate all kinds of cells needed by a body in situations of crisis.

In fact, stem cell technology for anti-ageing treatments is poised to have a dramatic influence on a human being’s ability to live longer, replace some of its failing parts and improve overall physical and mental condition such as stamina, vigour, glow and concentration. By inserting these stem cells combined with some fat tissue into the areas of the face with wrinkles, the face is softly altered without letting it lose its distinctiveness. Meanwhile, the treatment results in people deriving a younger appearance thanks to reduced age spots, fewer wrinkles, colour of hair from grey to normal and so on.

This miracle is made possible owing to the insertion of 200-300 million super-charged active stem cells. The restored cells not only cover daily losses, but exceed them a thousand times. After such active cell replenishment, organs gets rejuvenated and renewed, because the new and active cells replace the old and damaged ones.

We age because we stop releasing an adequate number of stem cells. What we eat, how we think and how many toxins we are storing in our bodies will impede the activation of these cells. Rejuvenation begins with the reactivation of weaker, dying cells first, followed by restoration of new stem cells that have been lost.