What if instead of merely treating disease symptoms, we could restore functions and health by replacing damaged/lost tissue cells?

What if it were possible to trade a lifelong pharmaceutical regimen for a single treatment that prevents symptomatic progression?

We are working with leading health centers to study the potential of stem cells and exosomes together to rebuild functional lung improvements.

Lung diseases are one of the most common medical conditions in the world affecting more than 10 million people all over the world. They can arise due to problems associated with any part of the respiratory system, leading to Interstitial Lung Diseases (ILD). Chronic Obstructive Pulmonary Disease (COPD) also known as chronic obstructive airway disease is a type of lung disease characterized by the progressively poor passage of airflow associated with difficulty in breathing, excessive cough and sputum are the other common symptoms of COPD.
Emphysema, a common type of COPD, is a progressive disorder with no treatment available in conventional medicine. However, Stem Cell Therapy can help to slow down the progression of the disease, treat the obstructed airways to relieve associated hypoxia and improve the overall quality of life for Emphysema patients. Stem cell therapy for ILD and COPD, besides other lung disease treatment, help in protecting the lung tissue by suppressing inflammation caused by pollutants, accelerate regeneration of airway tubes and air sacs. They can even efficiently trigger production of growth factors which further facilitates regeneration.

Procedure of Treatment of Lung Disease through Stem Cells Therapy

Must Read Articles on Stem Cell Treatment for Lung Diseases

Chronic Obstructive Pulmonary Disease (COPD) is a respiratory condition associated with persistent respiratory problems, considerable airflow blockage that is not completely reversible and gradual, and characteristics of chronic airway inflammation in the lungs as a...

COVID-19 has impacted our lives in many ways, pertaining to the damage it has caused to healthcare globally. Coronavirus causes hypoxic respiratory failure and acute respiratory distress syndrome, which can result in multiple organ failures. Despite breakthroughs in...

How is Stem Cell Therapy for COPD Helpful?

Chronic Obstructive Pulmonary Disease (COPD) is a chronic lungs disease that leads to difficulty in breathing. Emphysema and chronic bronchitis are the two primary kinds of COPD. Many COPD patients have a combination of the two. There is no cure for COPD at the...

As of now, a perpetual ILD & COPD cure is not available, but with the help of a supportive approach and some lifestyle changes, one can relax the symptoms to a certain extent. With the recent technological advancements in modern science and innovations in stem cell therapy for lung disease, the overall quality of life has improved.

Download the information pack today to understand in depth everything you need to know about ILD & COPD treatment and the Advancells Stem Cell treatment for Lung Disease Protocol.

No need for Inhalers

Post lung disease Stem Cell Therapy at Advancells, majority of the patients have reported improved breathing function and stamina as well as a great reduction in cough. They have been observed to achieve better emotional stability with the potential of stem cell treatment for lung disease. Once treated, the patients are generally allowed to even return to their home or hotel on the same day. Only in certain cases a days stay at the clinic will be advised 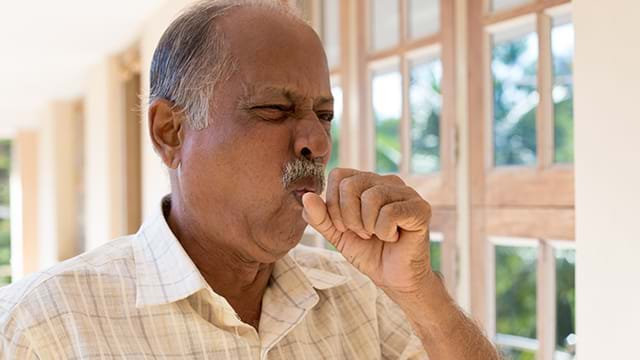 COPD is a debilitating lung condition inhibiting patients to breathe properly or enjoy life. Emphysema, Chronic Bronchitis, Chronic Obstructive Asthma are other common names for the same. It is the major cause of death worldwide. The sufferers may require a large amount of medical assistance.

COPD is the medical condition and therefore typically requires long-term medications. The commonly used treatments for COPD are the use of bronchodilators, inhalers, oral steroidal medications, ventilators, surgery. However, these are either supplementary treatments or treatments with many side effects and hence for that matter, an alternative treatment with a complete reversal of damage is needed.

Undifferentiated adult autologous stem cells are mutable and can metamorph into a countless number of cells as per the requirement. This remarkable property of stem cells can be exploited for treating a variety of diseases. These cells can be isolated from the most potent sources of our own body known as Adipose Tissue and Bone Marrow. Upon implanting back into the body, these cells can rapidly multiply with the great speed to restore damaged cells, set up a microenvironment that can stimulate the secretion of growth factors, cytokines as a booster for regeneration.

Conventional treatment approaches are highly invasive associated with many side effects. Although stem cells can naturally heal the body from damage and regenerate tissues or cells to improve impaired functions. Additionally, since the body’s own cells are used for repairing, the entire treatment is minimally invasive without any side effects.

Please go through, our treatment brochures for other COPD related information.