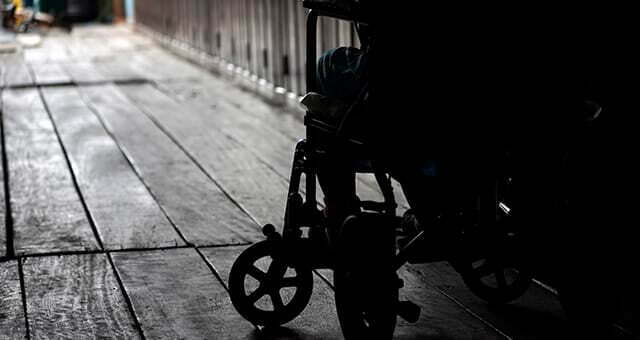 Stephen Hawking is one of the most famous names that come to one’s mind when they hear ALS. Recently, the awareness for Amyotrophic Lateral Sclerosis (ALS) has been highlighted, without any doubt, as a result of many high-profile people being diagnosed with the disorder. However, if we have to mention one name, who despite not being a well-known public-figure has accomplished a remarkable feat in increasing and promoting Amyotrophic Lateral Sclerosis (ALS) awareness, is Pete Frates? Even if you do not recognize the name, you are probably aware of the hugely trending Ice Bucket Challenge, which was transformed into a global phenomenon by Pete.

Who Was Pete Frates?

Pete Frates was a great athlete and the captain of the baseball team in his college. Pete went on to play professional baseball in Germany and then after a while returned to the USA to play in the amateur leagues. A major inspiration and motivation for his friends and relatives, Pete Frates was diagnosed with ALS in 2011. He was the powerhouse behind making the Ice Bucket Challenge global through internet. Pete and his friends put a lot of effort to assure that the Ice Bucket Challenge goes out of Boston and finds other ALS patients like him worldwide.

Although the Ice Bucket Challenge was not an original idea in Pete’s head, he was eager to participate and get involved in this challenge which started in 2014. This challenge, which started as a game and with a much ambitious approach, would not have been a sensation if not for Pete.

Pete got to know about the Ice Bucket Challenge when Anthony Senerchia’s wife, who was diagnosed with ALS, was nominated for the same. Pete, his family, and his close circle of friends started taking part in the challenge and began posting videos of the same with a noble intention of raising money to help ALS patients. Many celebrities like Lady Gaga, Vin Diesel, and Oprah Winfrey took part in the challenge and made this challenge a viral sensation. An estimated 17 million people worldwide took part in sharing videos of themselves doing the Ice Bucket Challenge.

On a more serious note, a huge amount of $200 million dollars was raised for ALS patients while the Ice Bucket Challenge was ongoing and besides supporting ALS diagnosed patients, a majority of the money went for ALS research. This funding helped ALS research in the identification of the ALS-associated gene. The funding would not have been possible without the trending Ice Bucket Challenge fund-raising.

Despite the severe nature of his ALS disorder, Pete spent a lot of time helping others who were diagnosed with the disease. Pete’s involvement in the popularity of the Ice Bucket Challenge not only raised a magnanimous awareness but also millions that were used for critical ALS research. Unfortunately, he passed away in December 2019. He was 34 at the time of his demise, fighting ALS with all his might and zeal.

Shortly after his death, the ALS Association lovingly tweeted in his memory: “Pete Frates changed the trajectory of ALS forever and showed the world how to live with a fatal disease. His efforts to lead the Ice Bucket Challenge had a significant impact on the search for treatments and a cure for ALS.”